Circuit of Spa-Francorchamps, created as a race track way back in 1920 runs for nearly four and a half miles through the undulating Ardenne forest area of Belgium. And with a climate best described as ‘moody’, quick changing, and unpredictable, this switchback circuit represents one of the biggest driving challenges in Europe.

Harry Barton: ‘This is my first time at Spa. A one hour Pre-66 Touring Car race. And the forecast for Sunday is heavy rain, and plenty of it. So wish me luck.’

The long weekend kicked off on Thursday (29 September) with free practice, followed twenty four hours later by official qualifying, Thirty-six cars on track. Harry soon got into the groove and put the Barton Racing BMW 1800 TiSA as ninth saloon on the grid. It was still dry. As a precaution Retro Engineering then carried out an engine/gearbox change.

Saturday counted as the team’s day off.

Hardly daylight, and with a solid wall of rain, driven by an easterly wind to greet teams, nowhere in the world is as depressing or hostile, as this small corner of Belgium early on a Sunday morning. Nevertheless, shortly after 0900 hrs the combined Masters Gentlemen Drivers and Pre-66 Touring Cars grid followed the safety car out on track, where a long lasting, slow moving procession developed, creating a painful delay for the BMW as cars further up the field dropped back. When the lights eventually flashed green Harry was out of sight of the leaders, some forty seconds in arrears.

‘It was a farce reminiscent of recent Formula 1. The safety car lost control of the situation, and some drivers had no idea about procedure.It was really, really frustrating.’

After a very long hour of racing, in the end Harry Barton was classified 9th, dropping back in the later stages with a faulty alternator. The result could have been a lot better.

Next up, HSCC Silverstone 15/16 October, where the outcome of the 2022 Historic Touring Car Championship will be decided. 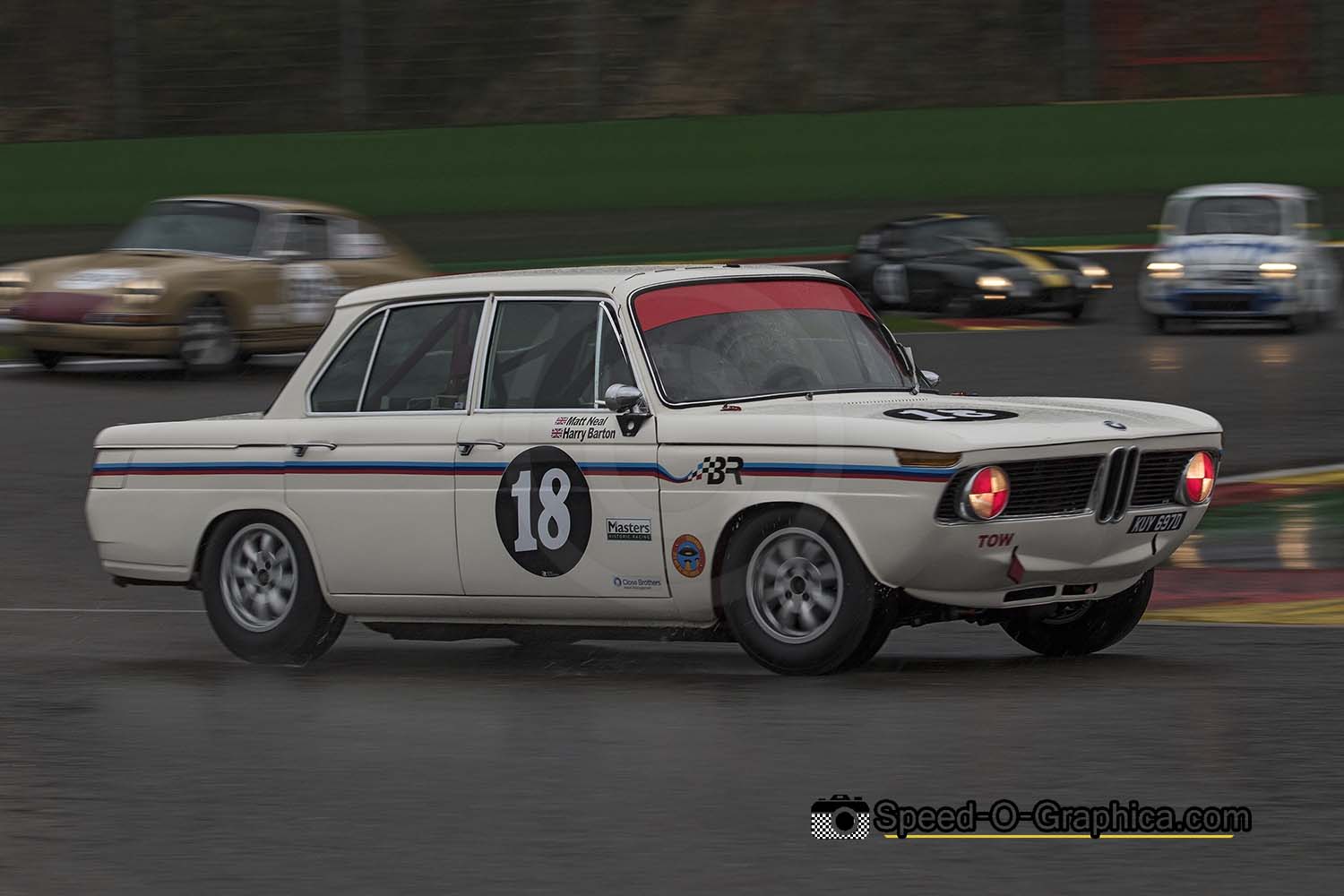