Atrocious weather. A Steep Learning Curve And First Race In The TVR.

Harry Barton and Barton Racing came away from a difficult weekend with two class wins whilst at the same retaining a slim lead in the all important HSCC Historic Touring Cars Championship. But it was not all plain sailing. I do not choose my words lightly!

Saturday was almost a wipe-out thanks to very heavy rain, but well done the organisers and marshals, they kept the track open, allowing the first twenty minute Historic Touring Car race to take place, albeit reduced to a fifteen minute sprint over just eight laps. It was not a good start for Harry. Lap 1, red mist, and the twenty year old simply went for a gap that didn’t exist, resulting in car to car contact. Harry readily admitted his mistake and apologised. But this was not enough. Result? A severe dressing down, and four penalty points added to his race licence. Further, Harry was relegated to the back of the grid for Sunday’s race.

As one can image, come Sunday morning it needed more than a couple of Alison’s wonderful bacon rolls and fresh coffee to raise moral. But hey ho. Lesson learnt. Everybody makes mistakes. At least it had stopped raining. Almost.

Next up. Guards Trophy Qualifying in the TVR Griffith.

Four hundred plus brake horse power wrapped in a short wheelbase body weighing in at less than seven hundred and fifty kilo. On a damp track Harry put himself eleventh on the grid. A thumbs up from the team, and yesterday became the distant past. During the forty minute race itself (including a compulsory pit stop) Harry Barton, remember this was his first outing in the car, finished a very satisfying 10th overall, and first in class.

Harry loves his BMW 1800 Tisa, it’s maybe not as quick in a straight line as a Lotus Cortina, but it sure goes round corners, thanks in no small part to Retro Engineering who have, during the season, dialled out all that nasty, time wasting and wheel lifting. Eighteen cars lined up, and eighteen finished, led across the line by Neil Wood in what must be the fastest Ford Anglia in the country. Harry, put all yesterday’s woes behind him. wrung the BMW’s neck, and put in a stormer from his lonely grid position, finishing a fine sixth overall, and another class win. The mark of a future champion. 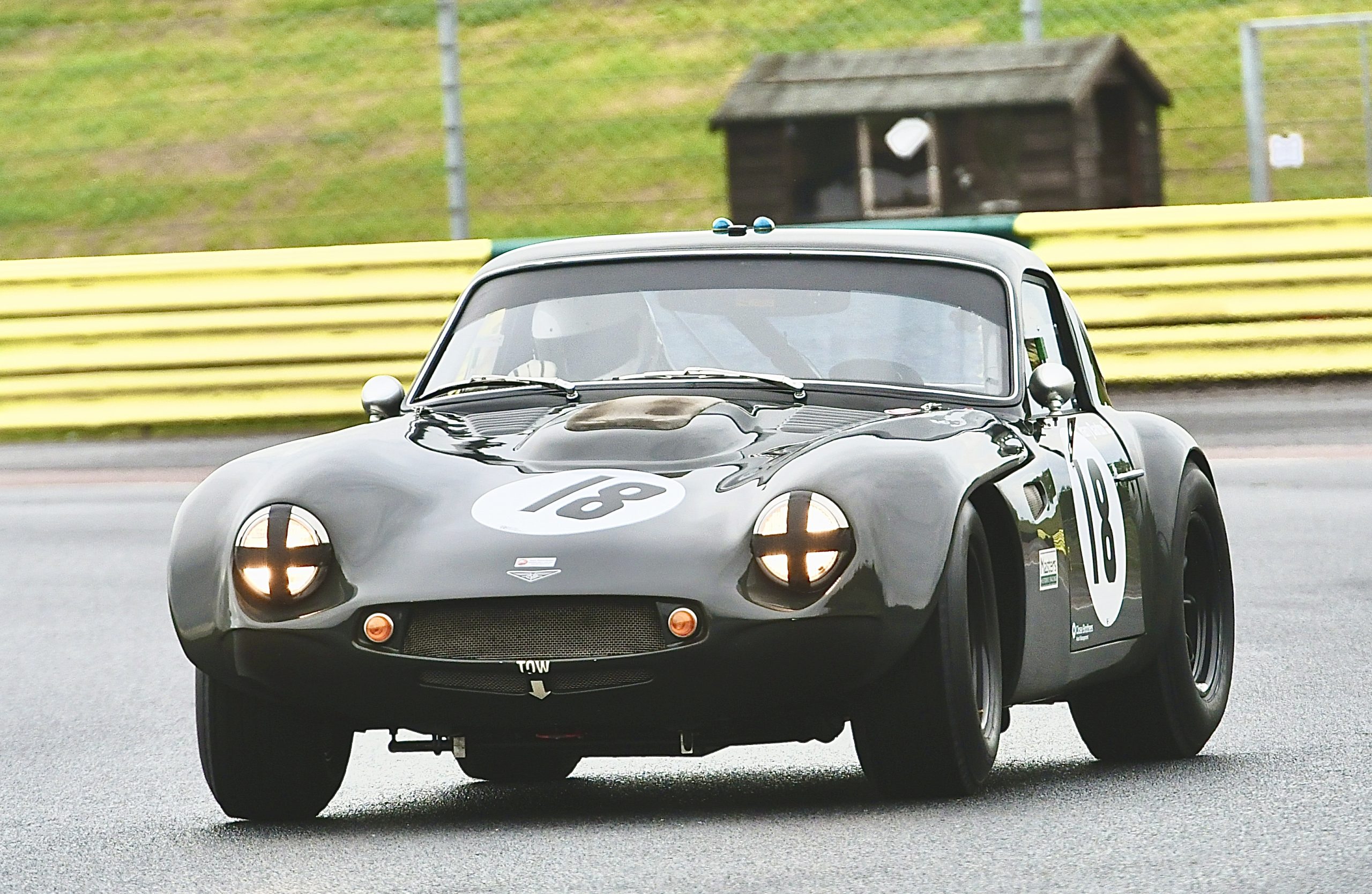